Portland
Portland is situated on a peninsula located along Casco Bay on the southern portion of the Maine coast. The historic Old Port area is a very popular tourist destination in Portland. The city is recognized as the economic and social center for the state of Maine. Over the years the economy of the city had been primarily based in fishing, agriculture and manufacturing. However, the city now has a more service based economy.
Cumberland County
Cumberland County is a county located in the US state of Maine. As of the 2010 census, the population was 281,674, making it the most populous county in Maine. Its county seat is Portland. Cumberland County was founded in 1760 from a portion of York County, Massachusetts and named for William, Duke of Cumberland, a son of King George II.
Cumberland County has the deepest and second largest body of water in the state, Sebago Lake, which supplies tap water to most of the county. The county is the economic and industrial center of the state, having the resources of the Port of Portland, the Maine Mall, and having corporate headquarters of major companies such as Fairchild Semiconductor, IDEXX Laboratories, Unum, and TD Bank 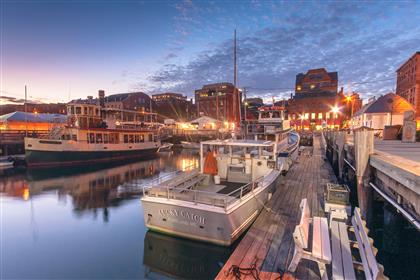